Yesterday was a miniatures day.  I planned my week so that I could have all day to play.  I decided that I was going to make a folding stool that I had carefully planned out. 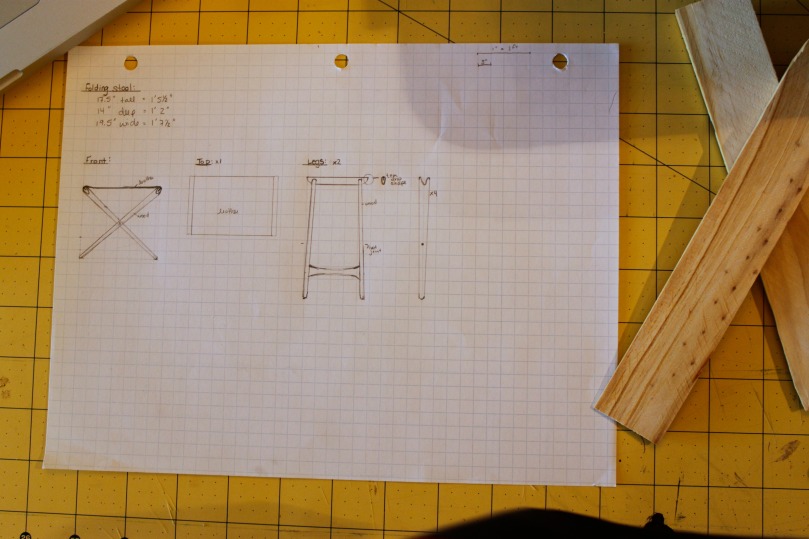 I measured, I drew diagrams, I cut pieces carefully, I glued delicately, and fell flat.  Blah. 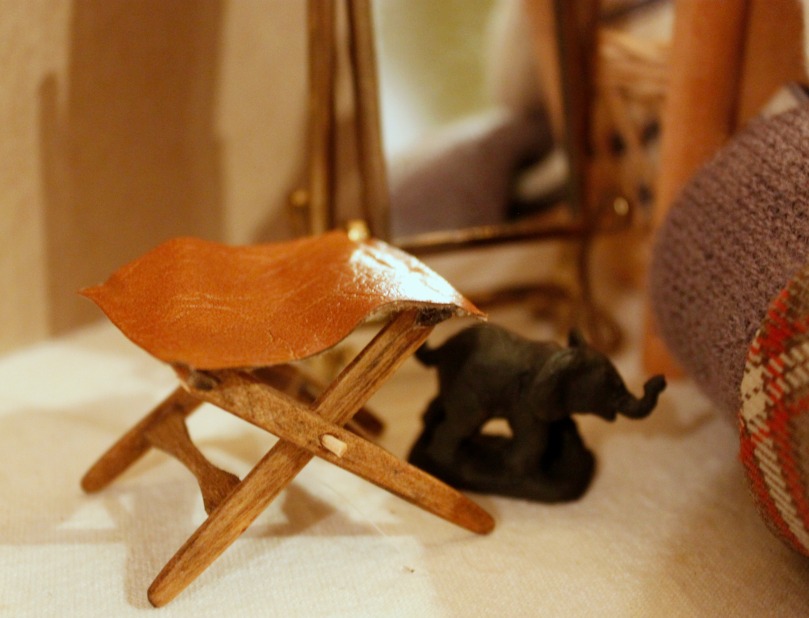 Technically, it’s not completely done (I never finished off the hinge pins).  However, it’s as done as this prototype is going to get. First, despite my careful measuring, I ended up making it too tall. After taking it apart to cut down the legs, I failed to remember to make the piece of vinyl smaller. I also managed to glue the vinyl on crooked which creates that nice wave effect that you see in the picture. I’m not a fan of the wave. 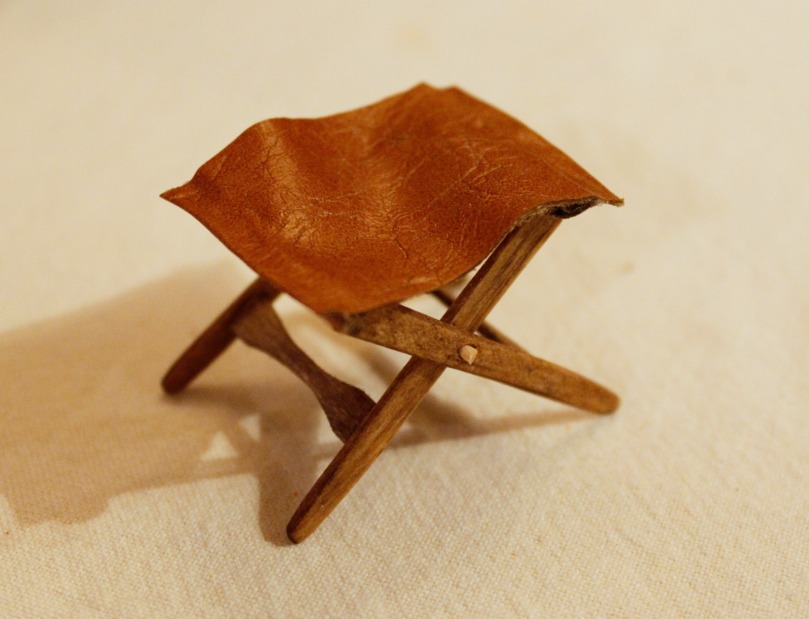 For my next attempt I plan on changing the color of the wood or using different fabric.  The vinyl has strong orange undertones which don’t play well with the walnut stain.  I’ll also make sure things are less crooked.  The legs turned out well though.

It does fold, I just need to figure out how to keep the hinge pins in place. Experiments will be done to figure out the right plan of attack. I found some little brass rods at my local hardware store that might work nicely. Thankfully I have this prototype to play with. 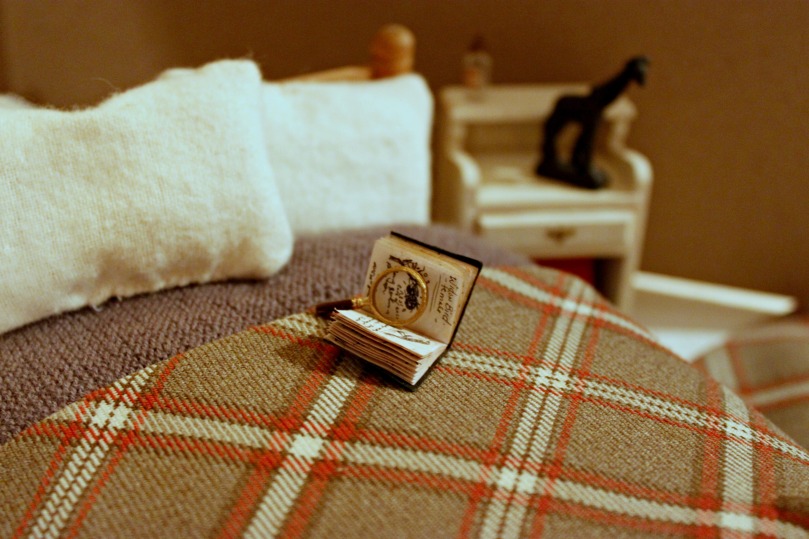 I wasn’t planning on sharing this attempt at making a stool. In fact it’s a wonder it survived at all. I usually give my “failures” a viking funeral, light them on fire and watch them float away, but I’m growing as a person. I’ll be making more stools. I’m bound to get them right eventually.

Sources: furniture (thrift stores), blankets (plaid is obviously a vintage tie, the grey one is just fabric wrapped around the bed), book is from The Toy Box  and altered by me, the animal statues were made by me.