I’ve put my pumpkin project on hold the last few months. Those darn shoes have had me stumped. That is until yesterday. I needed to drop my husband off at the airport, which gave me the perfect excuse to visit the closest dollhouse store to me. After spending too much time taking it all in I found a pair of little white tennis shoes. They are made of a soft metal and painted white.

After getting them home and taking them out of the package I realized there was something off about them. Turns out they were 2 right shoes.

I used a metal file and tried to reshape them a bit. My original plan was to use only the front half of the shoe, so I ended up cutting the shoes in half before repainting them. I’m hoping the one on the left looks a little less “right”.

This is where I last left the pumpkin box:

And for a refresher, here is the inspiration:

This is where its at now after repainting the shoes and finally starting to glue things in place:

I’m pretty happy with it so far. It will possibly have an acrylic cover over it. I want to try to include the words “dive into fall!” on the acrylic to tie more into cover of the magazine.

The art studio build is moving along slowly. The walls have been made taller and squared off by adding some MDF to the original slanted walls. I’ve also filled in the holes for the windows with some foam core, I just haven’t gotten pictures of that yet. 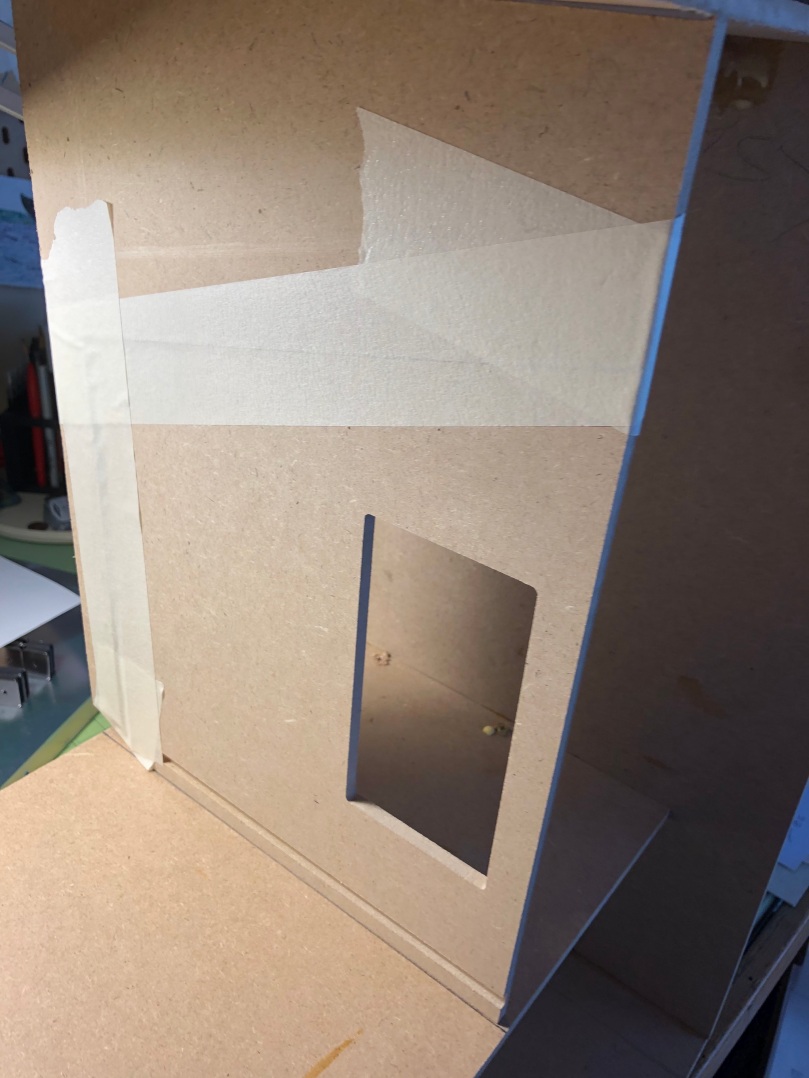 I’ve also taken apart the front panel of the Serendipity Shed to get a better idea of what the front of the building will look like. It’s rough, but I can sort of see it.

Now, if you need me I’ll be cutting eleventy billion pieces of wood for the herringbone floor.