Way back in the beginning I had decided that I wanted my studio to be part of an apartment building. Since I’m not a completely crazy person I need to figure out a way to capture just part of the building. 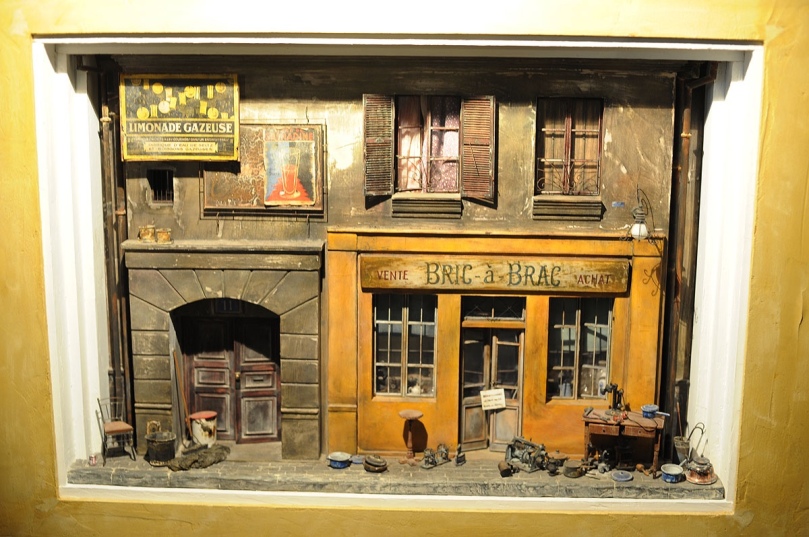 I decided to pull inspiration from artists like Ichiyo Haga. However, mine needs to open up to reveal the studio. I’ve let the technical aspect of this intimidate me. 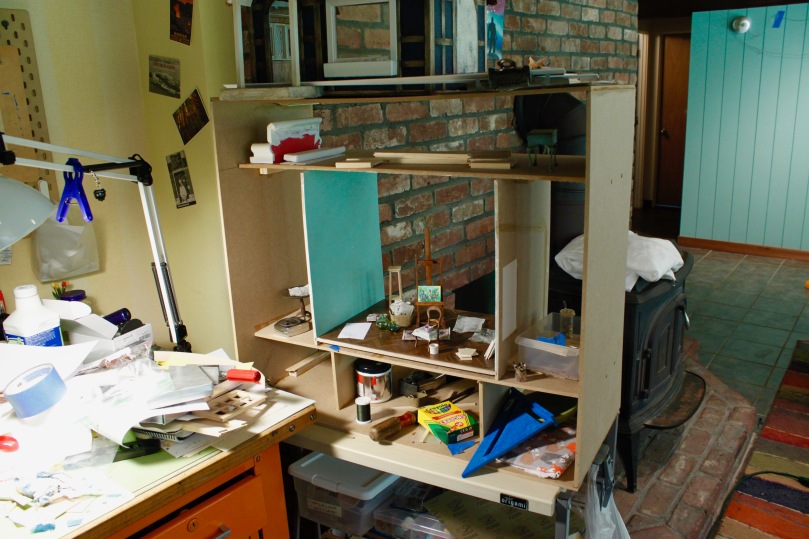 This is where I was last week. It was emptied out. I noticed the top was sagging a little so I put in 2 supports to brace it better. 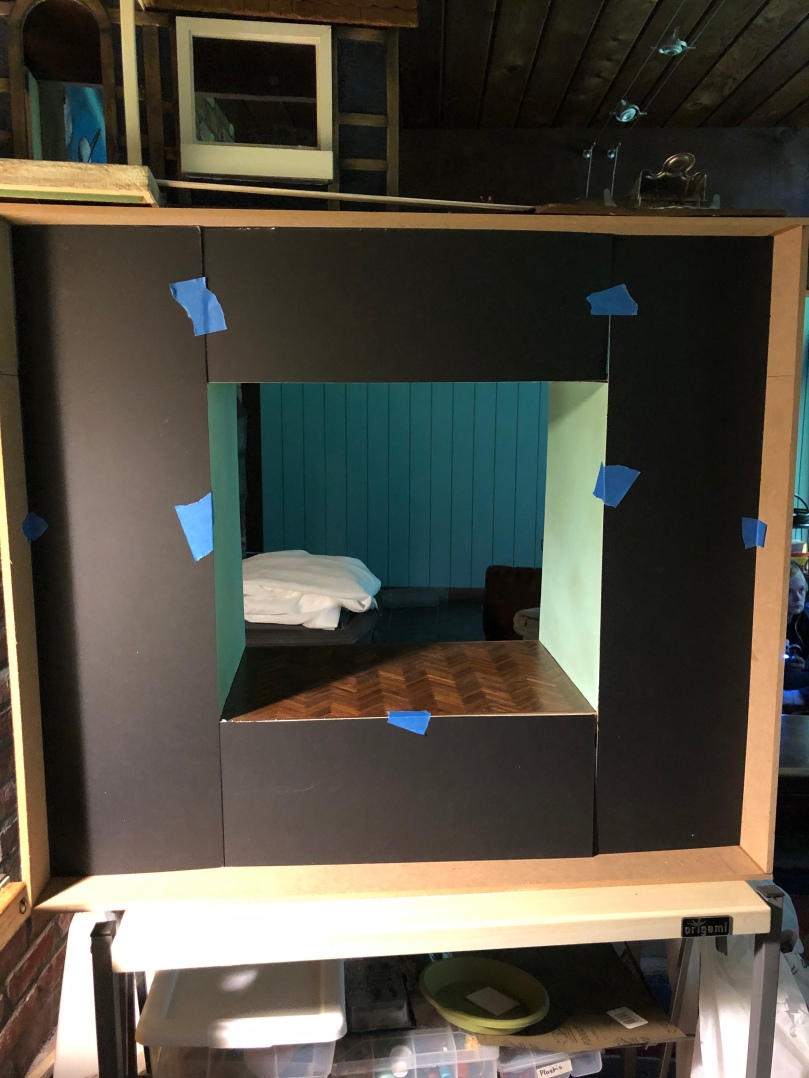 I used some mat board to create a blank canvas. I needed to hide the spaces I won’t be furnishing so that I could get a better idea of what the outside of the building will look like. If that makes sense.

One of the things I’ve been mentally struggling with is how to keep the build looking like the kit. I’ve been using all of the pieces from the kit and adding more to it, but I know it’s possible to look at it and not know the kit was even used. So how do I keep the integrity of the kit while making my vision come to life? 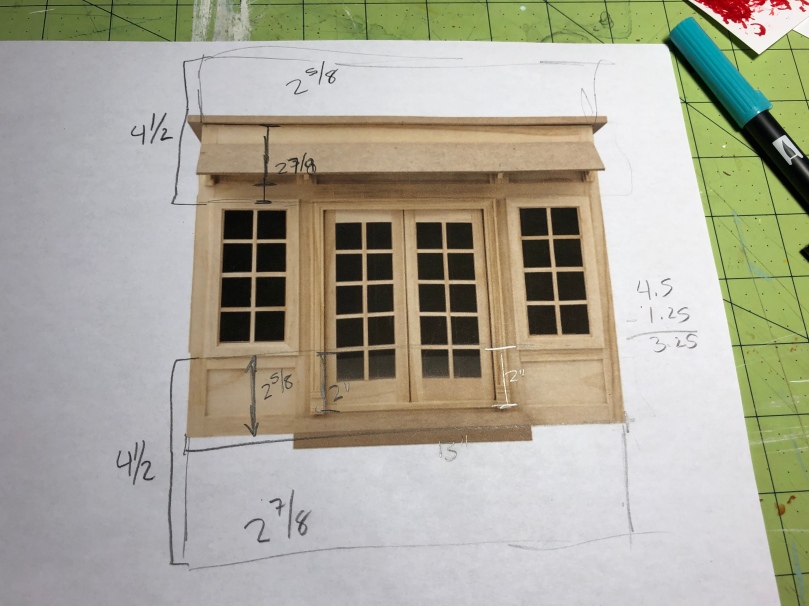 I started with measuring and adding. 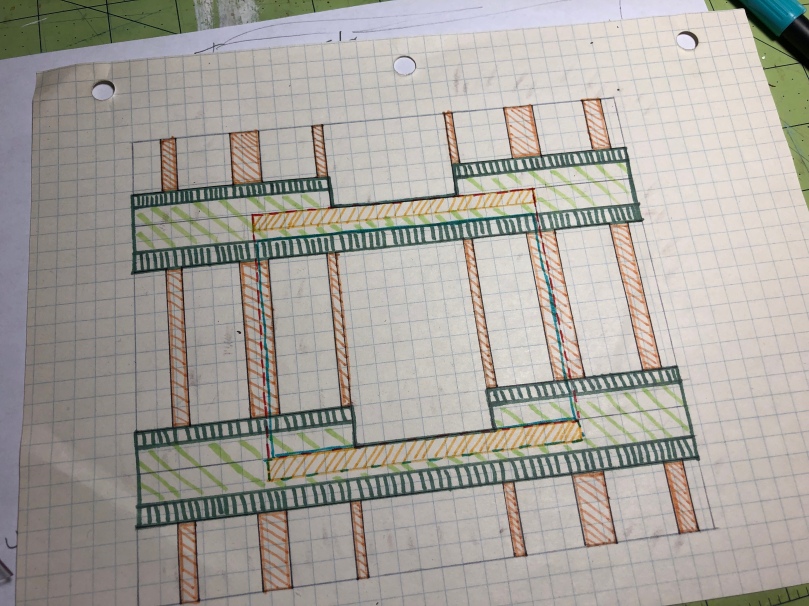 And then some sketching. There are a few mess ups, but it gives me a good road map of how to attack the front of the building. I’m aiming to keep the architectural elements from the kit intact. I’ll just expand them to repeat around the studio. There will be a couple of balconies, lots of tall windows, and a few French doors. The building facade will have a stone or brick finish. The windows and balconies will have iron railings. The center doors and flanking windows will be the area that opens up to reveal the studio. All of the windows will need to be custom, but they will look a lot like the windows from the kit. I may even cannibalize the kit windows. The front will be held on with magnets. This is where next week’s projects will be heading. Yay! Finally I have less of a general concept and more of a plan! It might just be 12% of a plan, but that’s better than 11%.

4 thoughts on “Next Steps”